Palakkad township is an emerald jewel placed in the beautiful greenery of this natural paradise. Palakkad has on offer a number of places of tourist interest. These range from the prominent ancient temples and forts to ecological niches that have wildlife, flora and fauna besides hill stations and tribal settlements. It is a sight seers paradise with man-made dams and natural waterfalls besides large tracts of plantation and tea gardens.

Palakkad offers up a number of places of tourist interest-

The Malampuzha gardens are laid out on the embankments of the Dam built on the Bharatapuzha. It is located along the base of the Western ghats. There is a tantalizing ropeway that can seat sixty four people at one go. As one rides the ropeway one sees the beautifully laid out Japanese garden. The Indian touch is the sculpture of the Yakshi or the enchantress who lures all with her charms. 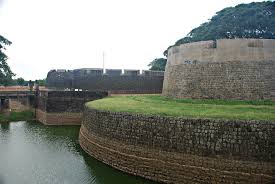 Palakkad fort also called the Tipu Sultan Fort of Palakkad was made by the father of Tipu Sultan, namely Hyder Ali. Currently the Fort is located in the middle of the city. The vast grounds of the fort had been used for holding festivals as well as its large hall is the venue for several expositions, meetings, and public debates and discussions all the year around. Earlier these grounds were used for tying elephants.

Built in 1766 AD the Palakkad Fort was captured in 1783 A.D. by colonel Fullarton but was later captured by the troops of the Zamorin. However, in 1790 A.D. the fort was captured yet again by the Bristish Army led by Colonel Stuart.

Visiting hours of Palakkad Fort are between 8.00 am to 6.00 pm on all working days.

It is a National Park that preserves the eco-system forms a core area to represent the richyness of the Nilgiri Biosphere. This core area is comprised of Silent Valley in the North and the Mukkurthi Tahr National Park as well as the Attappady Reserve Forest and the Arnarnambalam region. This area is marked by thick forests, sheer walls of vertical, stony cliff rising up to the skies and crystal clear rivulets and streams gushing down the slopes.

Among the wildlife visible is the lion tailed macaques besides a large variety of flora comprised of traditional herbs and plants. The Silent Valley has had to fight to preserve its natural environment in the face of the government initiative to construct a dam across the river Kuntipuzha which would have entirely engulfed this precious natural niche. All the scenic beauty was under threat of being submerged. Another unique aspect is that this is a Project Elephant initiative region.

How to reach the Silent Valley National Park

The Silent valley National Park can easily be reached from Tamilnadu and Kerala. Booking for visiting the Silent Valley can be done at their office which is situated in Mukkali, a town having just a few shops.

This natural paradise called Attapaddy is the home of the indigenous people belonging to the Irula and the Mudugar tribes. They are among the original inhabitants of the land. Attapaddy is a niche that has great attraction for several scholars like anthropologists, historians, sociologists, geographers and even economists. They are interested in studying how these tribal representatives have survived over the centuries despite the changes time had wrought all around them. This reason has also had a large number of tourists visiting this area. The tribals hold the Malleswaran mountain in high esteem as they take it to be a representation of Lord Shiva. They also hold river Bhavani in high regard. It is also held in great reverence because of due to early mythological references.

Attappady is situated just about thirty eight kilometers on the Palakkad and Mamarkad route in a North East direction. It can be reached by road, rail and by air. The bus service of Kerala State is efficient and cost effective with a frequency to suit all visitors to the site. The nearest railway station is at Palakkad while the nearest airport is at Coimbatore.

This is a coveted hill station and has been designated the “Ooty” of the green state, Kerala. It offers a rare tourism experience because it is not just the destination but also the journey that is pleasurable and a rare enjoyable experience. Some of the active hairpin bends on the way to Nelliyampathy offer up a number of spots to stand and drink in the beautiful sights and sounds of the verdant jungle. A number of such birds eye view points are namely Kesvan para, Sutha Kundu and Manapara. All these points provide splendid glimpses of the Sahya, the mountain range.

This quaint hill station offers up a complete holiday destination for eco-tourism as well as farm tourism which provides a rare experience. Perched at a height of about fifteen hundred meters above Sea level it is a resplendently green and yellow world of coffee plantations and tea gardens spread over hill sides, and interspersed with orange orchards and cardamom patches.

This ancient hill station is a paradise of human settlement and Nature’s bounty. The wildlife that abounds here is the wild bison, hill squirrels and elephants and along with these denizens of the jungle survive indigenous people who have lived here for centuries.

How to reach Nelliyampathy

The Nelliyampathy hill station is located about eighty kilometers from Palakkad. It can be best reached by road from Palakkad. Barely a two hour journey with multiple stops for sight-seeing can be done by a taxi hired at Palakkad. The approach to Palakkad is easy by rail and air Palakkad railway junction is well connected with the Southern railway lines as well as junctions all over the country. The nearest airport is at Coimbatore. 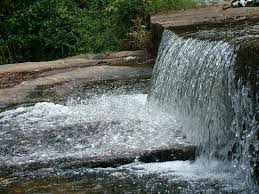 An adventure destination, this tourist spot requires a strenuous climb from the Dhoni foothills. The three hours taken for the climb are a wonderful experience for reflection, relaxation and taking time off from the humdrum everyday activities. There are three major attractions in this area. First is the Dhoni waterfall which cascades down into a pool and is an ideal picnic spot. The water flows from the waterfall onwards into the Malampuzha dam.

The second place most visited is the ancient temple on the mountain top. It is believed that the Mother Goddess had made this temple as a dedication to Lord Shiva. The third and most enjoyable part of the trek up the Dhoni hills is a visit to one of the renowned farm houses located in this green haven. The farm house is known for its high breed cattle and the home stay offers a number of interesting activities to become involved with in the production and processing of milk and milk products.

How to reach Dhoni Waterfalls

The Dhoni Waterfall is situated just about fifteen kilometers from Palakkad. A short drive and then a long climb of three hours make it a rewarding experience. From Palakkad to the Dhoni foothills is a short half an hour drive by taxi hired from either the Palakkad railway station itself or the Coimbatore airport which is the nearest international airport from Palakkad.

The Parambikulam Wildlife Sanctuary is spread over a sprawling two hundred and eight five square kilometers across the length and breadth of the Western ghats. The area spans the two states of Tamil Nadu and Kerala through the Anaimalai range respectively. There are several reasons to visit this beautiful pocket of Nature.

The natural reserve is home to a few tribes that have lived here for centuries. Some of these hill tribes are the Kadars, the Malayars and the Muthuans. The rich diversity of flora and fauna have afforded the tribals with plenty of food and shelter over the ages. Some of the wild life that can be seen on a trip around the sanctuary includes spotted deer, crocodiles, panthers, wild bear, Nilgiri langur, Nilgiri tahr, Indian Wild dogs, Asian elephants, lion tailed macaques and the tigers. There is a large variety of snakes also available in this sector. The sanctuary also houses a huge variety of birds. The rich flora includes several useful varieties of trees and herbs. The trees include sandalwood, teak, neam and rose wood. The pride of place is held by the ‘Kannimari’ teak tree which is among the oldest trees of this species in the region.

How to reach Parambikulm Wildlife Sanctuary

Located at a distance of a hundred and thirty five kilometers from Palakkad, the Wildlife sanctuary is easily approached by bus and taxi. The distance upto Palakkad can be covered by train as well upto Palakkad railway junction. The nearest airport is Coimbatore. From both places taxis can be hired to visit the wild life sanctuary of Parambikulum.

The Chandranathaswamy Jain Temple was constructed by two brothers, namely Ichanna Sathar and Chikku Payappa Sathar. The temple construction was in honour of their Guru, the reverend sage of the Jain sect namely Chandranathaswamy.

According to legend these two brothers had escaped the tyranny of their apprentice overlords in Mysore. They settled in two places called Manikya-pattanam and Muthu-pattanam. The names literally meant, ‘purchased with ‘manik’ or diamonds’ and ‘purchased with ‘muthu’ or pearls’. In earlier times there had been about four hundred families living in what had come to be called Jainmedu or settlement of the Jain.

The temple dimensions are 32 feet by 20 feet having images of all the twenty four Tirthankaras, as well as several Yakshas and Yakshani.

How to reach Chandranathaswamy Jain Temple

Located about three kilometers away from Palakkad, the temple opens from 6.00 9.00 hrs and from 18.00 to 20.00 hrs every day. No poojas. The eldest lady member among the Inchanna Sathar family light lamps on all days. There are three main festivalsDeepavali, Navarathri and Mahaeera Jayanthi.

It can be reached by bus and hired taxi cars. The nearest railway station is at Palakkad and the nearest airport is Coimbatore just about fifty kilometers away.